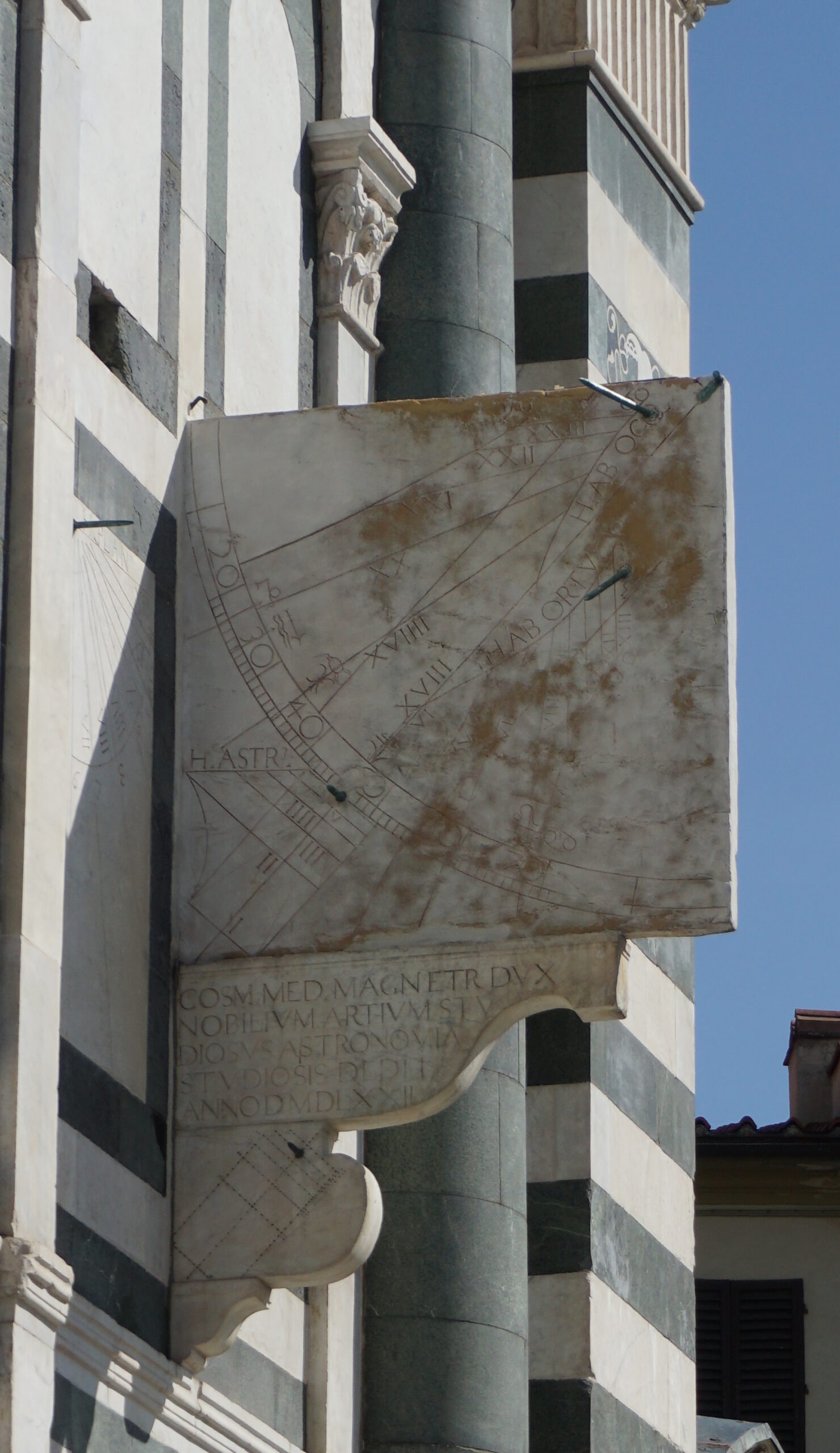 Gnomonics, the art responsible for making sundials and sundials, owes its name to the gnomon term of Greek origin with which the stylus planted perpendicular to the surface of the dial was called.

The history of these instruments is as long as the history of man and is lost in the mists of time. One of the best known solar monuments, but certainly not the first, is Stonehenge in England, built more than 3000 years ago. Gnomonic art developed more significantly in the Middle East to such an extent that sundials were widespread in Egypt as early as the 15th century. B.C.

The first sundial installed in Rome was a clock looted in Catania, during the First Punic War, which certainly did not indicate the correct time given the distance in latitude that separates Rome from Catania.

In 200 BC Plautus complained against the spread of sundials:

“During my youth there was no clock outside of my belly …. When it made itself felt, we ate, unless there was nothing to eat. Now even if there is enough food, you can only eat when you like it in the sun. ”

In 46 BC at the behest of Augustus, a large obelisk from Egypt was used as a gnomon for a huge sundial, and two obelisks still today in Rome are used as gnomons for the horizontal sundials of Montecitorio square and Saint Peter’s square.

The time system used on these first sundials was called temporary or biblical, since in the Bible the time was marked with this ancient time system, it divided the night into 12 parts and the day into 12 others: the first began with the rising of the sun and the twelfth ended at sunset, both in summer and in winter, consequently during the day they were longer in summer and shorter in winter, vice versa the night. A minimal and negligible difference for the low Middle Eastern latitudes in which this time system was born, but which assumed greater importance when it was brought to our latitudes, for this reason they were also called unequal hours.

Engravings on the facade of Santa Maria Novella. These are sundials with diagrams for the time systems: Babylonian, Italic and astronomical oriented towards the east, while on the side facing south there is a part of a dial with biblical hours.

In the Middle Ages, a dark age for the arts, the gnomonic art survived above all in the monasteries thanks to the monks who with their strict rules, marked by the times of prayer, needed sundials suitable to divide the day into regular intervals, passing on the principles astronomers and mathematicians.
In about 1200, two other time systems appeared, which provided 24 hours a day of equal duration: the Italic time system and the Babylonian system, but while the Babylonian system set the end of the day that passed and the beginning of the next one at sunrise, the Italic system, the most widespread in our peninsula, as per biblical tradition, placed the beginning and the end of the day at the sunset, indifferently both in winter and in summer, following day by day the instant of sunset along the arc of the seasons. This time system, which today may seem somewhat bizarre, made it possible to know how many hours of light there were still available before dark, information of enormous importance for the society of that time, practically still devoid of artificial light and which depended on the rhythms natural day and night.
The Renaissance brought new interest in gnomonics as well as in all the arts. In 1500 the construction of the large darkroom sundials also served for the reform of the Gregorian calendar of 1582.
In the following centuries the Italic time system was replaced by the astronomical time system, which divided the day into twenty-four hours, placing the beginning and end of the day at midnight, or 12 hours after the transit of the sun on the meridian. This “new” time system took the name of Spanish hours, French hours, overseas hours, acquiring the name of the foreign powers that, invading our peninsula, effectively imposed it in the territories subjected to them. In May 1786 the Austrian government ordered the construction of the camera obscura sundial in the Milan cathedral and from 1 December of the same year all public clocks had to be set to the new time. 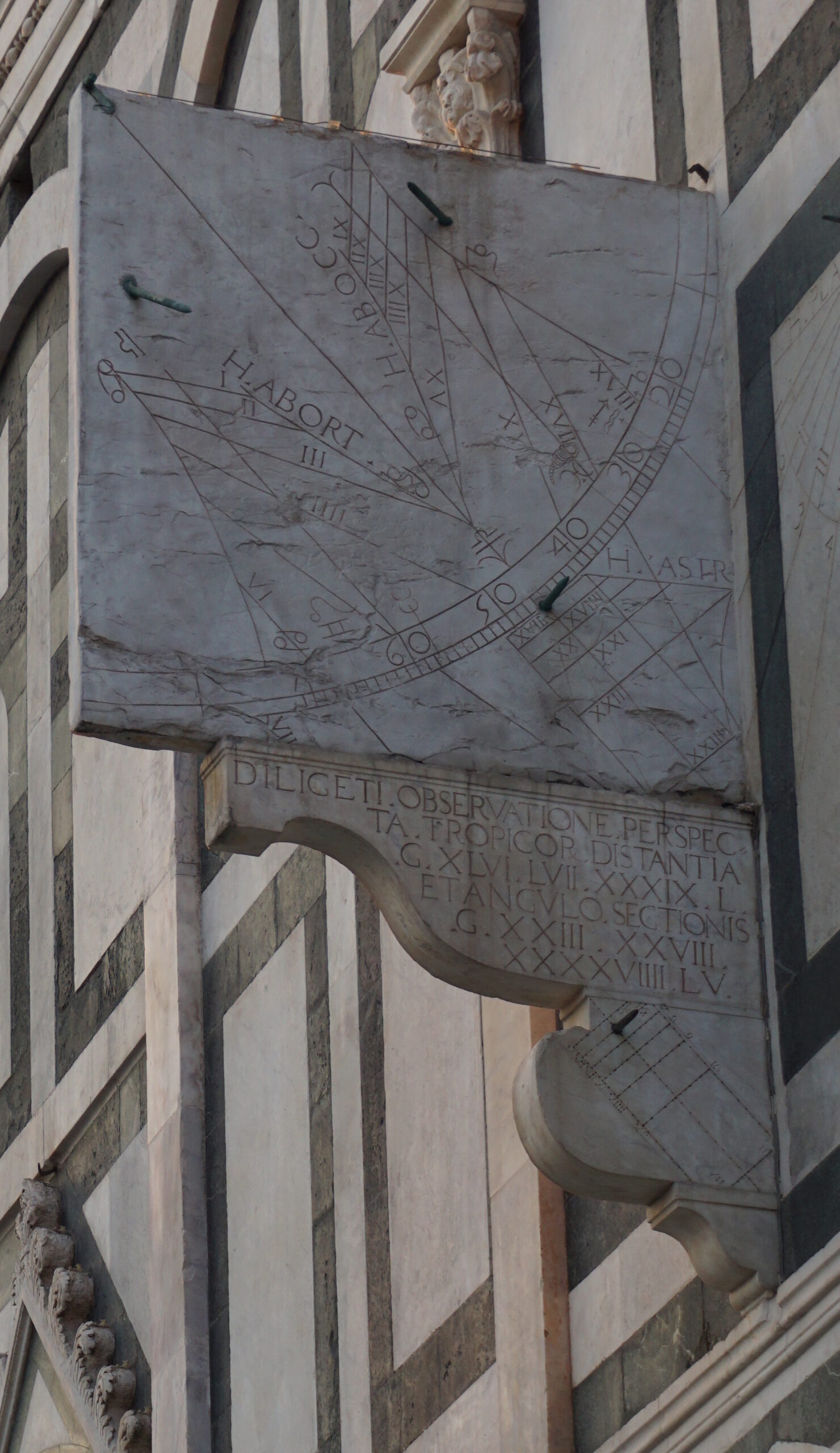 Engravings on the facade of Santa Maria Novella. These are sundials with diagrams for the time systems: Babylonian, Italic and astronomical oriented towards the west, while on the side facing south there is a part of a dial with biblical hours. 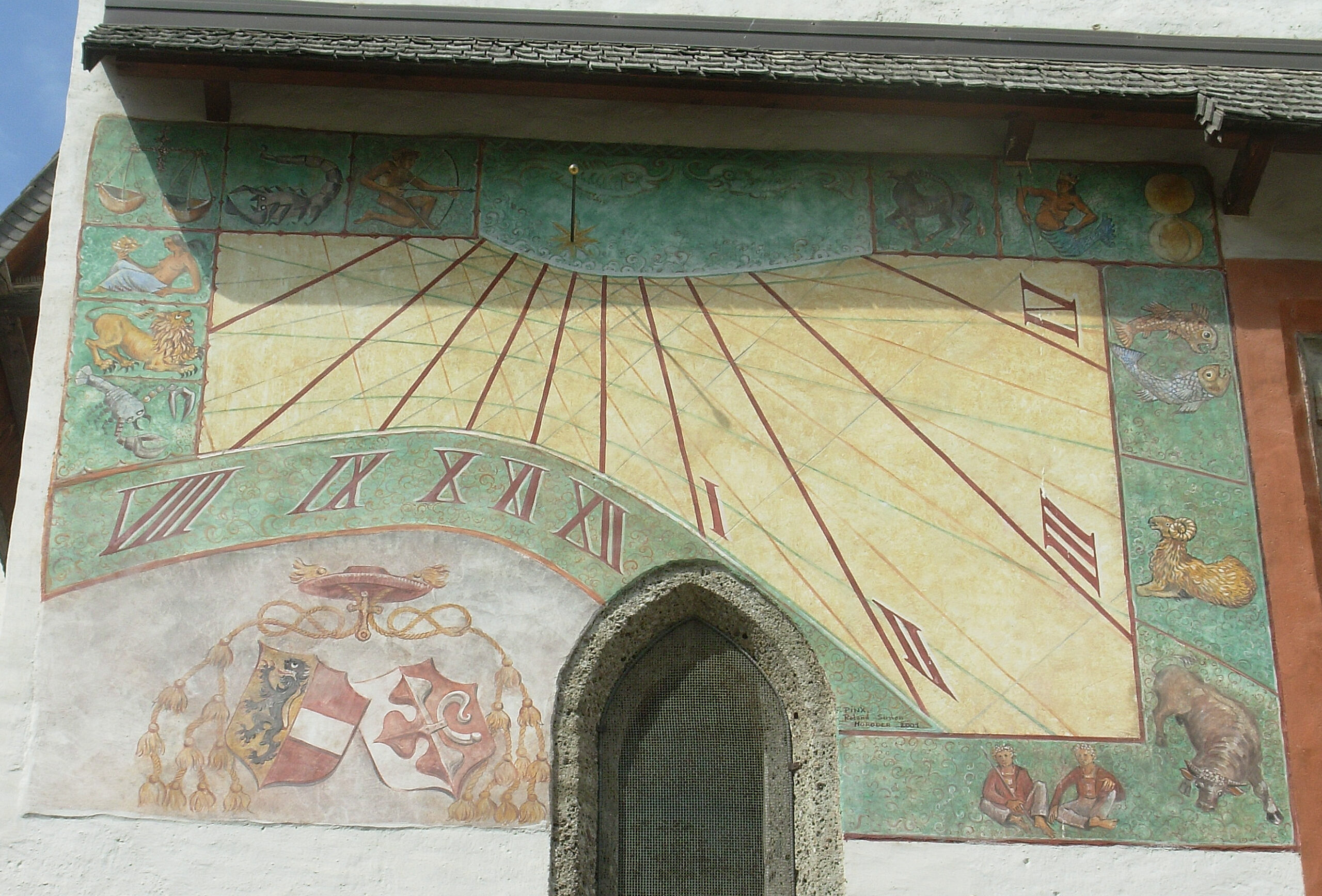 Even today, with some changes, we use this time system in everyday life, the first change was the introduction of the average time, imagining a “virtual” sun that passes over our meridian exactly every 24 hours throughout the year , a correction introduced in order to adapt our regular mechanical watches, which in the meantime have become more precise and reliable, to the time marked by the sun. In reality, at certain times of the year, we can see the real sun pass over the meridian more than 20 seconds behind or ahead of each day, fluctuations mainly caused by the earth’s elliptical orbit in its annual revolution around the sun.

The second and last modification made to this time system was the international convention of time zones established in 1884, which Italy joined in 1893. Italy, like much of Europe, assumed the first Eastern time zone as its official time. on the average time of the localities located on the fifteenth meridian east.

In reality, what we are used to calling solar time in winter, as opposed to summer daylight saving time, is also an hour of convention adopted to favor human activities, first of all transport and telecommunications, with the result of allowing a Italian to call from Italy to Spain at the same time, while the sun continues to rise, culminate at noon and set in Italy over an hour before Spain.

Frescoed sundial in an inner courtyard of Salzburg Castle. The overlapping time diagrams of the quadrant indicate the systems: Babylonian, Italic, and astronomical